There are 222 visitors online

People are starting to recognize that bulldogs aren't their only target. 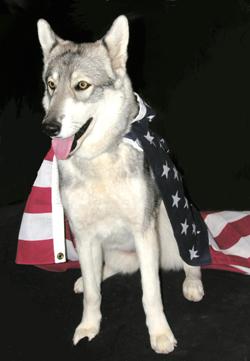 More than half of US households own a pet. Most are too busy to research the current politics behind the animal rights versus animal welfare movement.

Animal welfare, AW, movement wants to improve the conditions of animals, animal rights, AR, movement, in the long run, is against any and all animal use, even as pets.

The problem is, many animal rights groups are wolf in sheep clothing, pretending to be animal welfare. But upon close inspection it is clear they don’t do anything for the animals, most money is spent in high salaries, fancy offices and lobbying.

These sneaky groups use anything for their agenda to separate honest animal lovers from their money:

The economy is bad and more houses are in foreclosure? Well, let’s create a fund for pets affected by foreclosure, even though there is no definite proof more people are leaving pets behind when moving. There are just isolated cases of few pets left behind, which might not be a new occurrence at all, it might simply be a case of media focusing on it as the latest fashionable topic.

The real danger to animals is not the economy or homes foreclosures. The real danger is the extreme animal rights groups pushing for more and more legislation on animal ownership and use.

Furthermore, these AR sanctuaries are dependent on donations, it makes absolutely no sense to remove the happy exotic pet from self supporting private home and send it to the sanctuary that is not self reliant and self supportive. If the economy is so bad, then charitable donations are the first expense people remove from their list.